Council members (President Pro Tempore) Paige Bibbee and Kristi Hill along with City Clerk Stacy Gilley and I are learning and networking at the 2017 Alabama League of Municipalities Annual Convention (ALM).

We are able to earn credits from the Certified Municipal Officials Program (CMO) for seminars we attend.  Council member Bibbee and Mrs. Gilley attended “Ethics Update”.  Council member Hill and I attended “The Future of Alabama Municipal Courts” Honorable Andra Sparks, Birmingham Presiding Municipal Judge was our guest speaker.   It was encouraging to learn that City of Decatur Municipal Court Judge Bill Cook has implemented the practices Judge Sparks addressed.

Knowing most in the audience had watched the Andy Griffith Show, Judge Sparks asked us why didn’t anyone offer to help the town drunk Otis?  Otis was allowed to be comfortable with his addiction.  With that he was supported by the system.  We have Otis’ in Decatur and he is someone’s son, father or husband.  Using a scale of A-C we can help our Otis’ become a B if we can keep them from being supported by the system.

These are legal writings from Tab, not a lawyer… The Supreme Court ruled indigent residents who cannot pay fines should not be placed in jail.  They must be afforded other options to take care of their fines.  Decatur Municipal Judge Cook is utilizing programs like:

Following the session Judge Sparks answered many questions.  Many attendees said the seminar was the best session they have attended during their association with ALM. 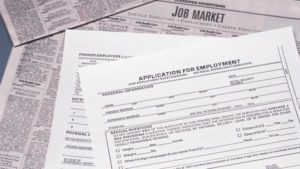 I had a question for Judge Sparks, but I saved it until the session was over because it was regarding felony charges that are typically managed by Circuit Courts.  We have residents that have a felony conviction for drug charges from mistakes made in the early part of their life.  I asked Judge Sparks what is the best way to help them find gainful employment since they have to “check the box” on every application stating they where convicted of a felony.  Judge Sparks told me about “Ban the Box“.

The seminar was time well spent.

Our final Sunday seminar was “Securing Municipal Employees and Officials”.  Jim Hessel, City Attorney, Kirkwood, MO shared the horrors of murders that took place during a City Council Meeting.  There were many sign/indicators that pointed to the events leading to the terrible 1 minute and 12 second event that took six (6) lives.  At the end of the meeting I was thankful for the new security checkpoints we have in place at City Hall knowing that >80% that enter City Hall come to do business with our Municipal Court.  Here is the story shared by Mr. Hessel.

Monday was full of information, but more difficult to blog.  I attended “Preparing for the 2020 Census – Local Update of Census Addresses (LUCA) Program.  The best news as I passed text messages with our Planning Department was learning our boundary information was submitted earlier this year.

Municipal officials for municipalities over 20,000 attended Roundtable discussions.  Our ears perked up when we heard Florence Mayor Steve Holt share how the Florence Southwire company 12 for Life Program has helped their graduation rate increase from 78% to >90%.

We closed our day of business by electing new Officers and Resolutions.

The President’s Banquet included a nice meal and entertainment from Taylor Hicks. 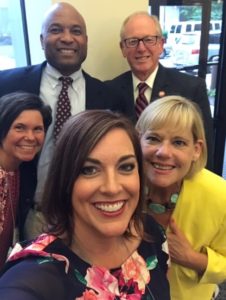 We attended the “Harmony at City Hall” session.  It was a packed room and informative.

We will wrap up the event by attending a Hubzone webinar.  Then it’s back to Decatur!